The editorial board of the journal "Philosophy and Science” (publisher: Polish Academy of Sciences and and Maria Curie-Sklodowska University) have confirmed a special issue on Cognitive Semiotics.

If you are interested in publishing in this volume, please send the paper by 15 March to Piotr Konderak. Please make your contribution to the field of cognitive semiotics explicit in the paper. The submitted manuscripts should include information about authors' affiliation and email addresses. Each paper will be reviewed by (at least) two reviewers. To facilitate blind reviewing, the author’s name and address should appear on a detachable title page, but nowhere else in the article. 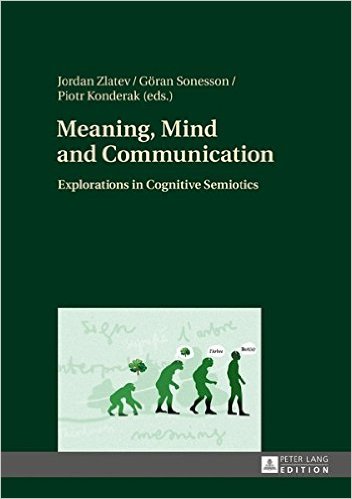 “This volume constitutes the first anthology of texts in cognitive semiotics – the new transdisciplinary study of meaning, mind and communication that combines concepts and methods from semiotics, cognitive science and linguistics – written by a multitude of established and younger scholars. The chapters deal with the interaction between language and other semiotic resources, the role of consciousness and concepts, the nature of metaphor, the specificity of human evolution and development, the relation between cognitive semiotics and related fields, and other central topics. They are grouped into four sections: (i) Meta-theoretical perspectives, (ii) Semiotic development and evolution, (iii) Meaning across media, modes and modalities, (iv) Language, blends and metaphors.” 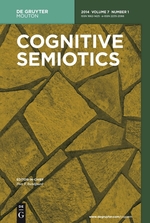 The first of its kind, the Journal of Cognitive Semiotics is a multidisciplinary journal devoted to high quality research, integrating methods and theories developed in the disciplines of cognitive science with methods and theories developed in semiotics and the humanities, with the ultimate aim of providing new insights into the realm of human signification and its manifestation in cultural practices. The Journal of Cognitive Semiotics publishes double-blind peer-reviewed manuscripts. We are currently welcoming submissions.

The Journal of Cognitive Semiotics offers its readers the opportunity to engage with ideas from the European and American traditions of cognitive science and semiotics, and to follow developments in the study of meaning – both in a cognitive and in a semiotic sense – as they unfold internationally. The intention of the journal is to create and facilitate dialogue, debate, and collaboration among those interested both in human cognition and in human semiotic experiences and behavior.

The initiative to create a transatlantic journal came from the Center for Cognition and Culture at the department of Cognitive Science at Case Western Reserve University, and from a group of researchers trained at the Center for Semiotics, in Denmark, and based in Aarhus and Copenhagen; as well as researchers at the Centre for Cognitive Semiotics at Lund University in Sweden.

The editorial board currently consists of the following scholars: